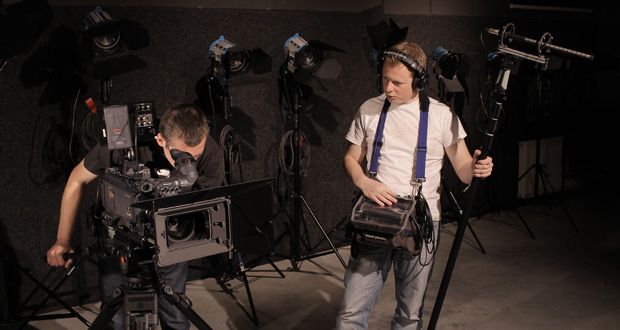 The study program is based on traditional professions which participate on film creation- from the project creation and selection of the topic, screenplay preparation, through direction, cinematography, sound, film-editing, to postproduction. The core of the studio is a set of practical filming exercises, where students solve various tasks from the simple ones to the more difficult ones. During the whole study prevails consistent fostering of individual artistic authorial work in cooperation with a particular teacher. The result is an authorial film which is presented by the student at a public evaluation projection. Through the compulsory elective courses the students have the opportunity and the duty to master one of the traditional filmmaking professions, based on their talent and interest (cinematography, screenplay, film-editing, production). That widens profession preparedness of the graduate and enables for greater variability when applying their knowledge into practice. The students may use “non-fi ction” film also as a traditional space for experiments and formal production, as well as a space where they may learn and prepare for work in a film. Thus they may develop their talent based on their personal interest even beyond the lines of documentary production.